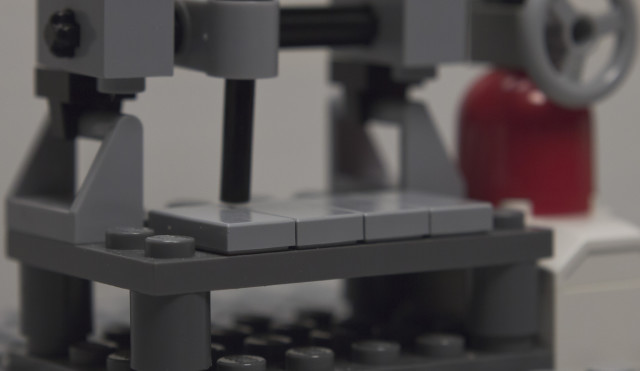 The first working 3D printer was created 1984. So while it isn’t a new invention it has gained popularity lately because they have become cheaper and easier to use. They hold a promising potential into the future. However these hobby 3D printers are currently no more than fun little toys that only create little parts that can be used for the occasional odd job. The more useful industrial 3D printers still cost over $10,000 and are still limited in what they can create. This makes 3D printers a neat and upcoming technology but with a lot of room for improvement. This is perfect for science-fiction writing. In the same way that Isaac Asimov took the idea of robots and wrote a novel about what the future of robotics could look like in his book I, Robot, I took the idea of 3D printing. It is real enough that we can imagine it and have things close to it but it is a relatively new and underdeveloped technology. It is for this reason I chose to incorporate 3D printing into a science fiction film I am currently working on. This presented me with a problem of making a moving machine on a LEGO minifigure scale. I wanted my design to be able to move in three dimensions just like a really working 3D printer. I based my design off several of the hobby 3D printers that can currently be bought in a kit. I also tried to take it to an industrial scale as much as I could in such a small space. In the end I created a simplistic, functional, minifigure sized 3D printer that will be fantastic for animation in my brickfilm.